The AccuMail GeoCode API matches addresses to the house ranges in the US Census shape files. The share files relate State/County to state, Standard Metropolitan Statistical Areas (SMSA) codes, tract number, block number, and geographic coordinate information. If State or County is unavailable it will use the input ZIP to attempt to find the State/County. However, in rare cases the State or County may span ZIPs and the State/County will be for the Post Office of the input ZIP and not necessarily that of the delivery address. The US Census shape files contain coordinates describing the shape of the street for a given house range. This is used to synthesize a Latitude and Longitude for a given street address.

Latitude / Longitude – The Latitude and Longitude fields are composed of a sign, two or three digits, a decimal point, and seven digits. It is important to understand that information about specific houses is not available in the underlying US Census data. Rather, a block of houses is described using a house number range and a polyline. The input house is used to synthesize a point on the polyline which is proportional to its location in the house number range. In some cases, the Census data may indicate a house range which is larger than the actual range. For example, 101 – 199 may be reported when the range is 103 – 131. Thus, the point synthesized for 131 would be on the first third of the polyline instead of at the very end. Also, some input address types have no sensible location. For example, PO Boxes and Rural Routes. In these cases, the location reported will be for the Post Office that services the input ZIP. 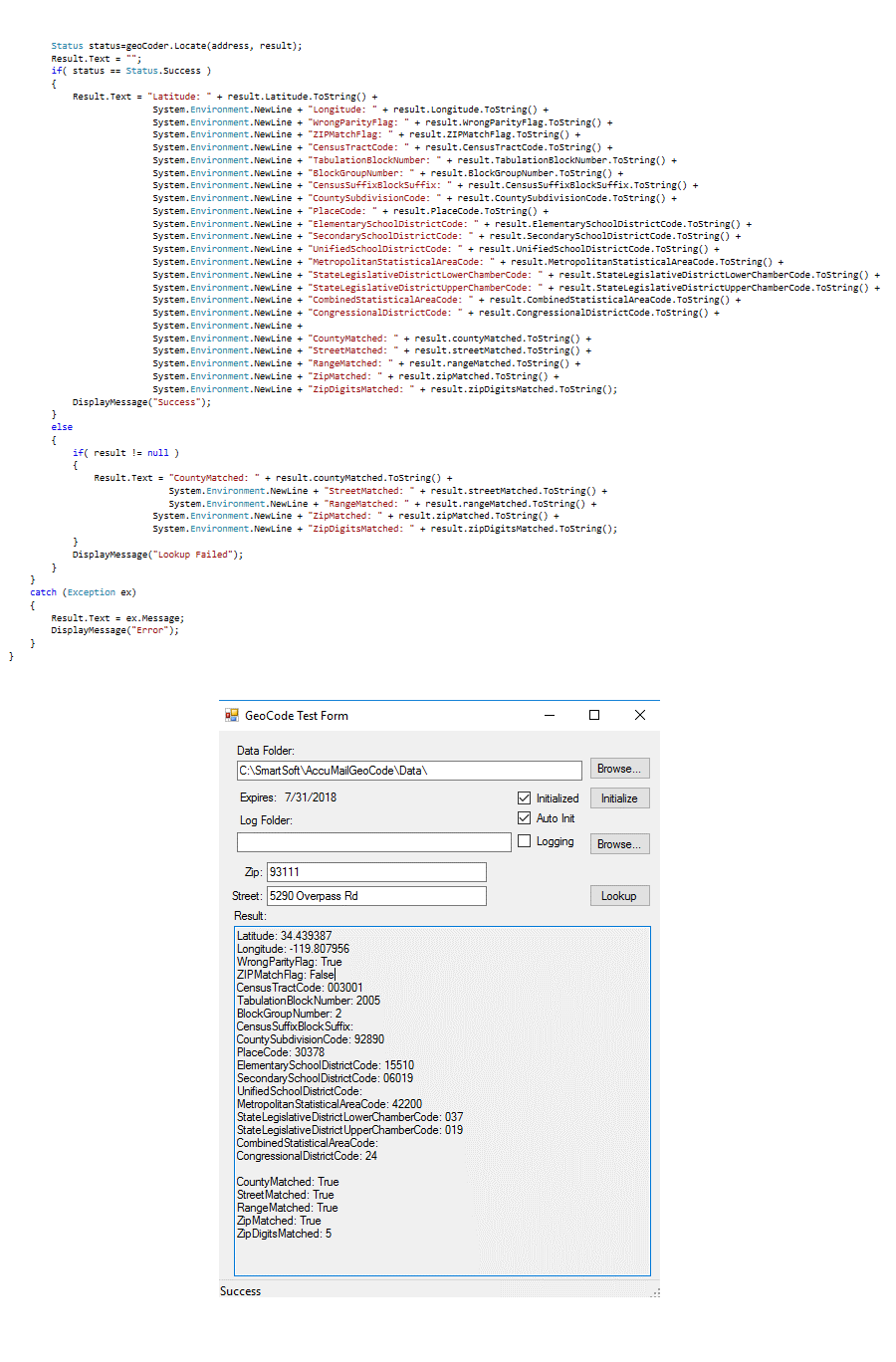 Was this article helpful to you? Yes No

How can we help?

Login to SmartSoft DQ
Reset Password
Enter the username or e-mail you used in your profile. A password reset link will be sent to you by email.
Already have an account? Login
// Mailing section (page-id)